True craftsmanship
from Solingen for
more than 65 years!

» Learn more about the history of Burgvogel. 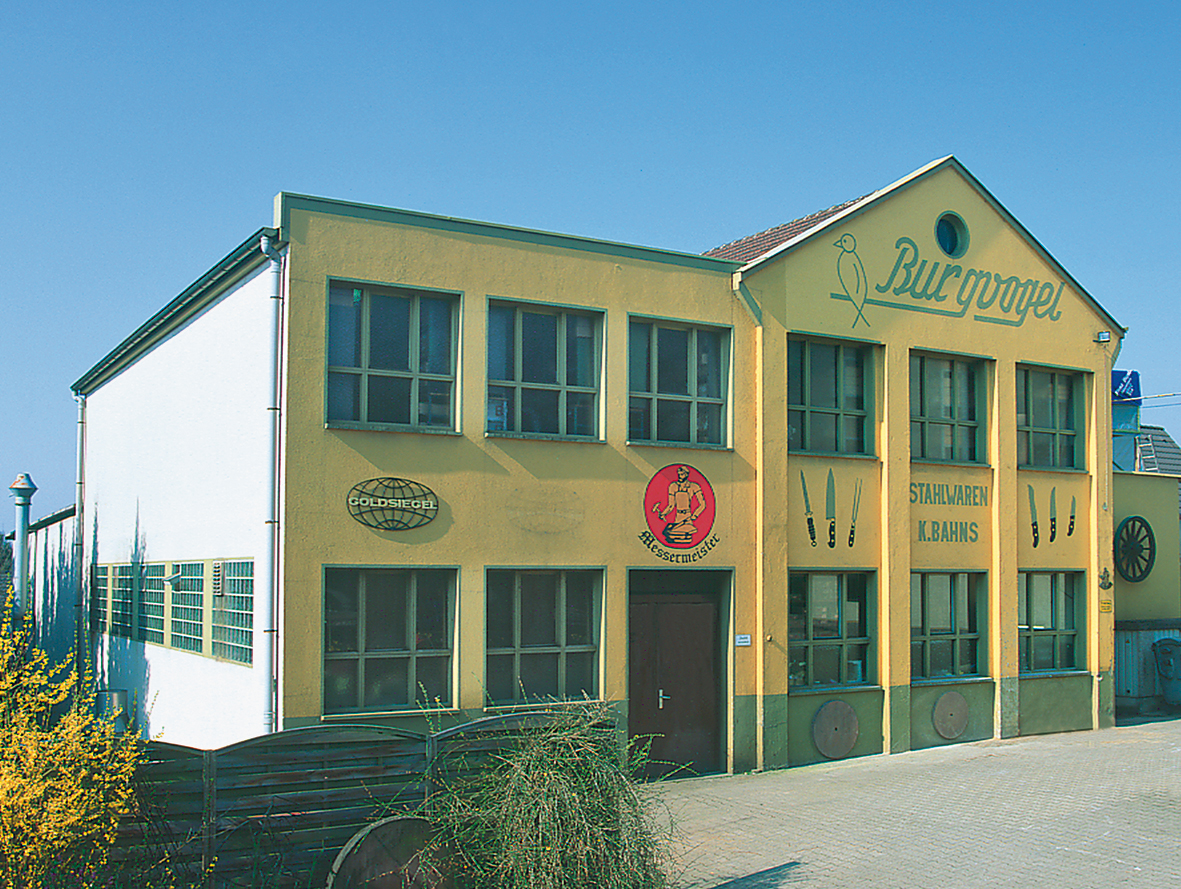 Karl Bahns Senior founded the Karl Bahns cutlery company at 26 Burger Landstrasse on 01. March 1949 with his brother Max and his two sons Karl Jr. and Rolf. This was the foundation stone for the positive growth of the company still continuing to this day. It`s steady and successful further development is based on the combination of high-quality and precision workmanship with modern technology and innovation. This idea of tradition and progress is already flourishing in the fourth generation where it is still being applied with consistency.

The high-quality ”Burgvogel” products, whose quality is derived from careful workmanship, the best steel and years of experience, are now sold all over the world.

Karl Bahns’ cutlery factory was already using a semi-automatic blade grinder back in 1949, making it one of the first Solingen companies to use this technical innovation.

In the first few years the company employed ten staff, most of whom were engaged in wage-labour making tools for painters. In April 1950 son Heinz joined his father’s company and in the following year Karl Bahns’ cutlery company acquired the land at 60 Burger Landstrasse. In 1952 the entire factory moved into the new premises where the company is still based to this day. 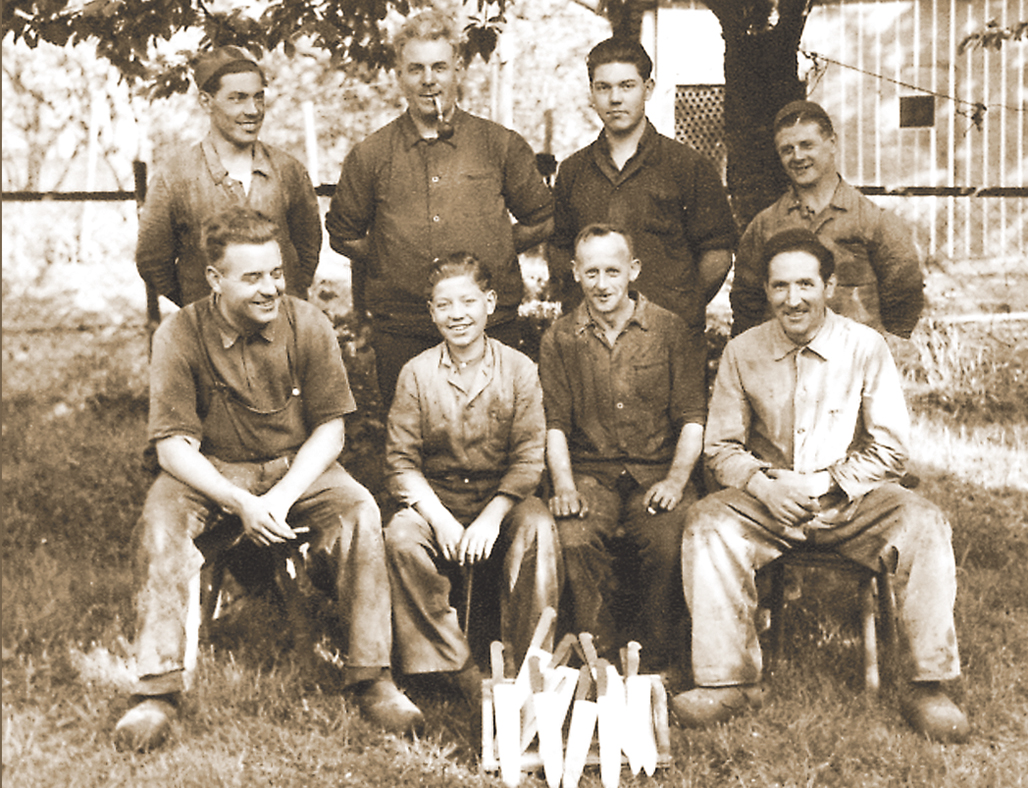 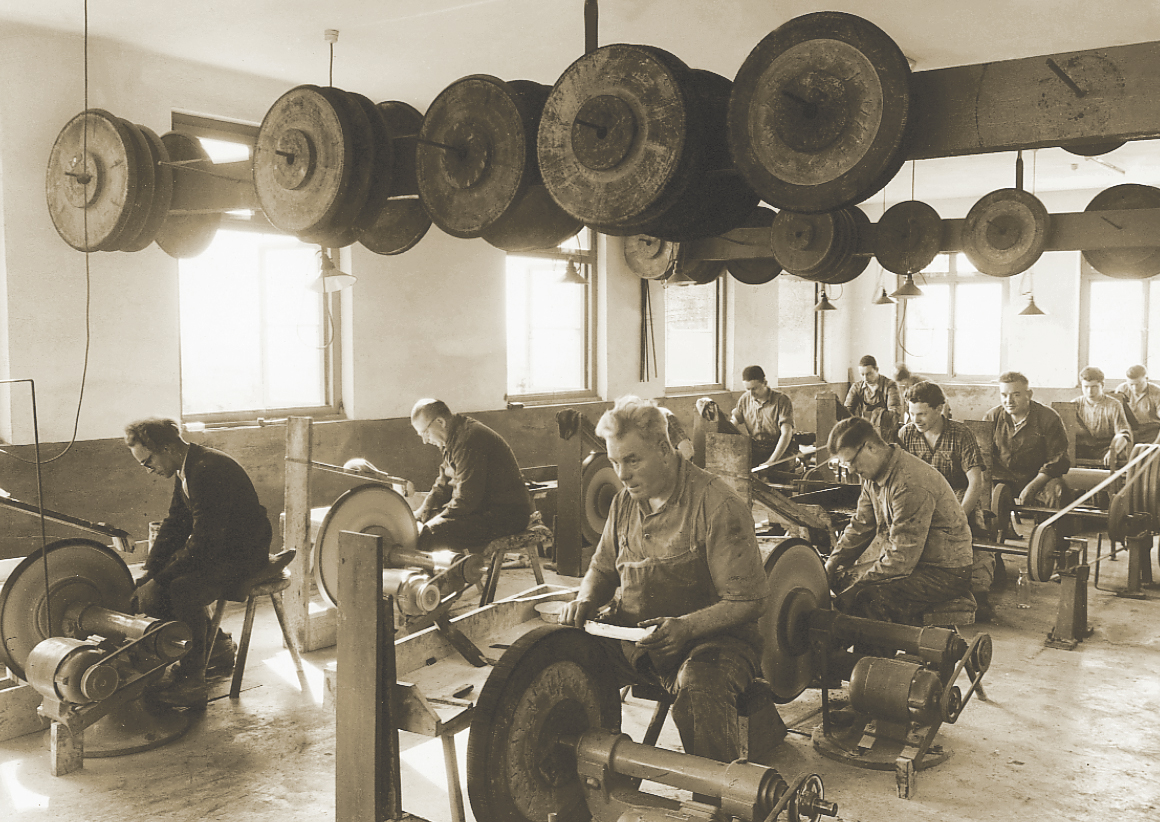 "Me Fecit Solingen" (Solingen made me)

Our forefathers used to put this Latin phrase on their Solingen products as a proof of their quality and the will to achieve. Despite state-of-the-art production methods we still remain true to the quality concept of our forefathers and mark our products ”Burgvogel Solingen”.

Following the death of his brother Max in 1954 and Karl Bahns Jr. having left the company, Karl Bahns Senior handed the plant management over to Rolf and Heinz Bahns in 1965 for health reasons. When Karl Bahns passed the way in 1968 the company passed into the ownership of his wife Amalie. In the second generation investment was already being poured into new technologies, and in the seventies the company started selling household knives, chefs’ knives and butchers’ knives.

Here again the priority was to combine modern production engineering with the top quality workmanship that is a key aspect of the Burgvogel products. New products, such as the ”Master Line” knife series (1995), are constantly being introduced to complement the extensive range of products and to meet the exacting demands of the customers. Owing to Rolf Bahns’ illness, Heinz Bahns took over the overall management of the company in 1986.

In 1988 the sole proprietorship became a GmbH [limited liability company] and Heinz Bahns assumed the position of director. Following the death of Amalie Bahns in 1991, Heinz and Rolf Bahns divided the company shares among themselves. During this period the land and buildings of the former neighbouring Kirschner drop-forge were purchased and the buildings renovated. In 1998 Heinz Bahns also left the company and his son Stefan took over the post of director.

Breakthroughs in quality and innovative techniques

In 1953, 1956, 1971 and 1984 the company was modernised and extended to meet the requirements of the market and to keep step with progress. From 1986 Karl Bahns Stahlwarenfabrik increasingly invested in new and innovative technologies and in 1986/87 a new grinding machine was procured which was again supplemented in 1994 by the procurement of a fully automatic CNC grinding machine. In 1997 the company was certified in conformity with DIN 9002.

With the new storerooms situated in Ritterstrasse the company expanded again in 1998 allowing further plans to be implemented and so the company has had a new automatic grinder for butchers’ knives and chefs’ knives since August 1999. The high-quality and top-class perfection of steel wares made by Bahns will continue to be pursued intensively in the future through the winning combination of tradition and progress.

A family business run by the fourth generation

Besides Stefan Bahns, Holger Bahns was also registered as CEO in 2004. Today the business is run by the fourth generation already. 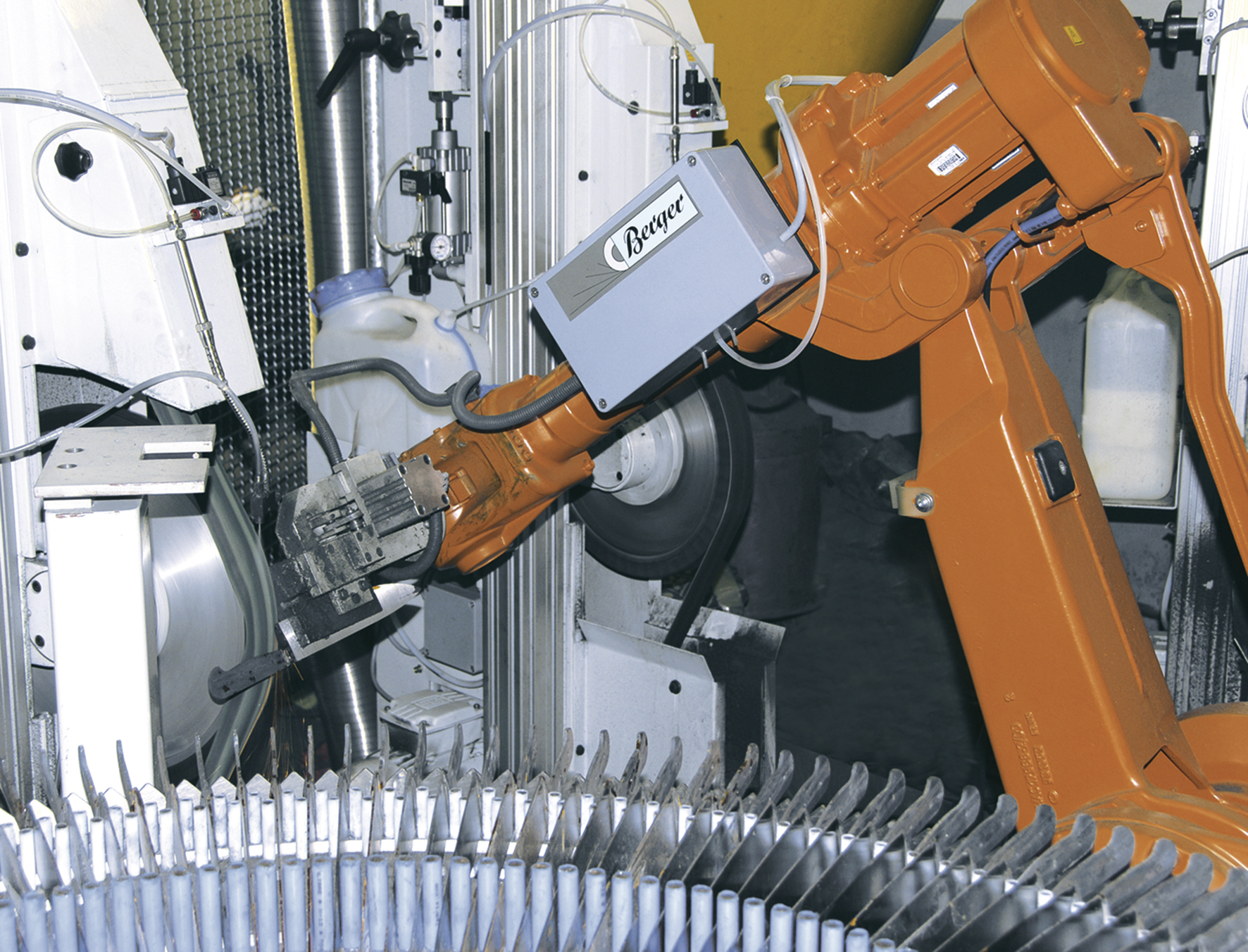 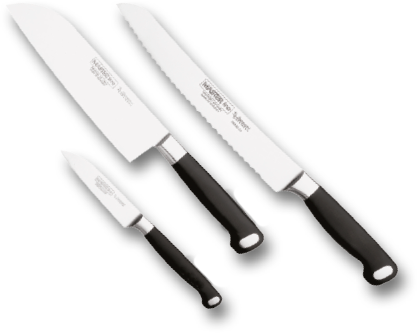